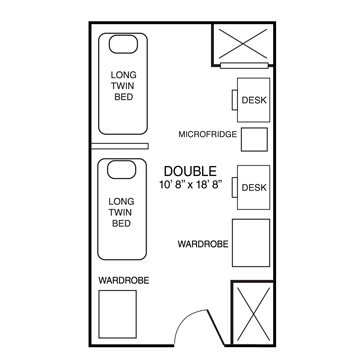 The most common living arrangements in the Residence Halls are double-occupancy rooms. Double rooms are predominantly same gender. Opportunities for assignments without regard to gender identity exist in Dundee North, 4th Floor. 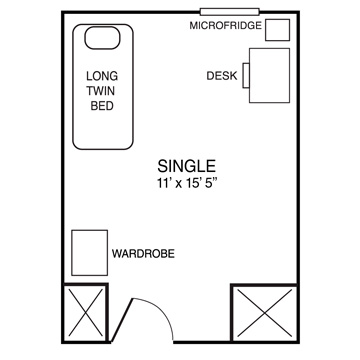 A limited number of single-occupancy rooms are available.

Room and furniture layouts may vary.

Dundee is owned by American Campus Communities (ACC) and operated cooperatively by ACC and UCR Housing.

Take a 360° Virtual Tour
We apologize. A virtual tour of Dundee Residence Hall is not yet available.